As per Vedas and Shastras there are five elements in total, which are:

All these five elements are taken into consideration while studying a horoscope, along with Constellations and Rashis or Moon sign. The fifth element, sky, or ether, is given utmost importance. Ascendant is the most effective point in anyone’s chart because it signifies ‘self’ and this point (ascendant) is ruled by the sky element.

Indian astrology or Moon astrology system follows a calender based on constellations. It has the Moon in the centre. The Moon governs the mind and emotions. Moon is the fastest moving planet in the Zodiac and ‘no event is possible without Moon’s support’. Those who know a bit of western astrology would know that there is a ‘void of course’ principle in western astrology which means that if there are no aspects to Moon, no event will take place. As such, both the luminaries are given equal importance but Moon because it governs the mind has been given prime importance in Vedic or Moon astrology.

Dasha System a special feature of Vedic Astrology
Based on the Moon Sign, Degree, Minutes and seconds at birth, those practising Indian astrology reckon ‘Dashas’ widely known as planetary periods, which were later also found in Persian astrology system as ‘Al-Firdaria’ or ‘Firdar’. Indian astrology makes it very easy because everything can be divided into smallest molecule of time. Among all the systems of astrology, Indian astrology has the capacity to divide time to its smallest section, hence it is considered to be more accurate.

There are various Dasha systems out of which two were most popular Ashtottari and Vimshottari, but over a period of time, Vimshottari Dasha System has taken over all other Dasha systems. Vimshottari system is based on ‘Trine aspects’. Trine generates energy and it also rules the luck factor so Vimshottari stands out to be the best Dasha system to predict anybody’s good or bad time.

Planetary transits
Planetary transits, though they have been given importance in Vedic system, because there is Dasha system in place many astrologers do not combine Dashas and transits whereas it is necessary to do so.

In short, Indian Astrology consists of deepest knowledge of this noble and precise science of astrology, by using which one can foretell future and can take precautions before difficulties arise. 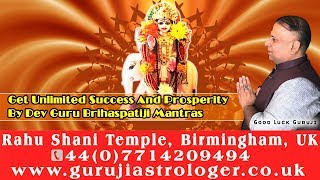